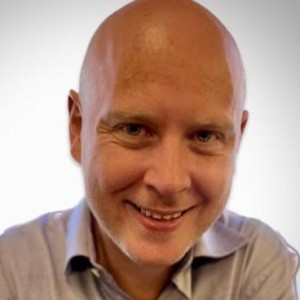 With 26% winners to runners and 5.582.418 SEK in total earnings in Sweden, 2019 was indeed another great year for our yard outside Norway.

This was the only second career run for Reine De Vega, who will be aimed at the classic fillies’ races in 2020, in addition to an entry for the German 1000 Guineas and German Oaks.

Couleur Cafe had previously won The Heatherwold Cup as well as finishing second in the Amacitalöpning at Bro Park.

Jet Action followed up on his third place in the Criterium by being runner-up in the Swedish Winterfavourites. He holds an entry for the Group 1 German Derby in 2020 and will definitely progress a lot next year, along with Sidney Pearl (Australia), who is entered for the German Derby and German Oaks as well.

Other juvenile winners in 2019 included Stall Perlen’s Nordic (Gleneagles) and Mr Ascot’s Quagmire (Le Havre), while Stall EOS’ Solveig (Wilshire Boulevard) kept improving from each run and was unfortunate not to break her maidenship.

Our crop of 3-year-olds was of course headed by Stall Perlen’s exceptional filly Nouvelle Lune (Sea The Moon).

Nouvelle Lune won three of her six starts including a runaway victory in the Swedish Oaks at Jägersro, winning by 12 lengths with her stable companion Beau Nuage (Mukhadram) back in third.

After finishing third in the Listed Norwegian Derby, Nouvelle Lune ended her classic campaign by winning the Jockeyklubbens Avelslöpning by 15 lengths from older fillies and mares, and as all of her wins at 3 took place on dirt, she will surely be back at Jägersro next year.

Another notable 3yo winner was Deadline Day (Line Of David), who won the Swedish Derby Consolation in July.

Our brigade of older horses kept improving throughout the season.

Amici Racing’s Buddy Bob (Big Bad Bob) made a smooth transition from three to four, and though he didn’t win from his six runs, he took over 365.000 NOK in prize money and finished runner-up in the Group 3 Marit Sveaas Memorial, a head in front of his stable companion Appelina (Appel Au Maitre).

Delacroix and Dardenne – both by Footstepsinthesand and owned and bred by Stall EOS – had marvellous campaigns. Dardenne won five times and more 600.000 NOK in prize money, ending the year off a mark of 91.

Delacroix didn’t make his reappearance before mid-July but ended the year the two wins and two seconds from only four runs, earning almost 300.000 NOK and gaining a handicap of 87.

Obviously, I can’t conclude this seasonal review without another praise for our wonderful Appelina (Appel Au Maitre).

Appelina, who will now enter the breeding shed under Stall Perlen’s banner and visit Sea The Moon (Sea The Stars) in 2020, won 16 of 35 starts earning 4.874.009 NOK during an unforgettable career.

With 2019 coming to an end, we now look greatly forward to a new season.

Our stable include a strong contingent of classic contenders and high-class older horses, as well as the new brigade of 2-y-o’s who could all supply us with the best season we’ve had for years.

I wish everyone a Merry Christmas and prosperous New Year of 2020.